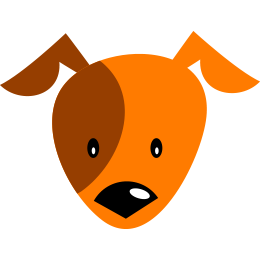 When your dog doesn't seem interested in eating his food, do you know what to do? When your dog vomits often, could there be something serious wrong with him? If he struggles to get up the stairs, does he need to see a vet? Having never owned an older dog, I knew nothing about the things that can begin to go wrong when dogs age. I adopted this guy when my neighbor moved into a nursing home and had to learn a lot about how to care for an older dog. My blog is filled with the many things that I have learned over the last year through the help of my vet.

caring for an elderly dog

How To Perform Artificial Respiration On Your Cat

Place the animal gently on a flat surface that you can easily access, such as a table. Be sure the animal is on its side.

Artificial respiration will only be necessary if your cat has stopped breathing. Watch the animal's chest for a gentle rise and fall that would indicate respiration. If there is no visible sign of respiration, the animal could still be breathing. Place your hand close to the animal's nose and mouth and feel for breath. In addition, lift a side of the animal's lip to reveal the gums. Blue gums are sign of oxygen deficiency. A thick coat of hair or shallow breathing can make respiration difficult to detect visibly.

Check for an obstruction.

If the cat is not breathing, its airway could be obstructed. Here are the steps to check for an obstruction and clear it from the cat's airway:

Once the object is dislodged, your animal may begin breathing again on its own. However, if the cat does not start breathing, begin artificial respiration.

If you cat experiences respiratory distress, you may have to perform artificial respiration to help restore the animal's breathing. Be sure to have someone contact a veterinarian,and transport your cat to a pet hospital immediately, like Bijou Animal Hospital P.C., once breathing is restored..